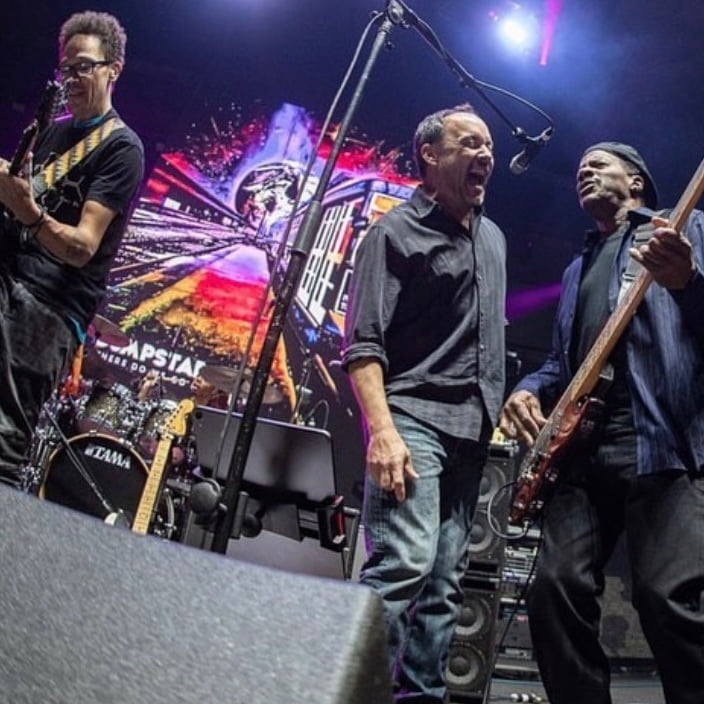 Dumpstaphunk made their debut at Madison Square Garden on Friday, November 12 and Saturday, November 13, opening for Dave Matthews Band!

“Dave Matthews and Tim Reynolds were Dumpstaphunk‘s special guests on a cover of Led Zeppelin’s “Ramble On” at Madison Square Garden in New York City on Saturday night. The New Orleans-based funk band opened for Dave Matthews Band at The Garden on both Friday and Saturday, the final two shows of DMB’s 2021 Tour.

Matthews initially emerged on Saturday night to introduce Dumpstaphunk who kicked off the action at the famed venue with a five-song set. Originals “Meanwhile…,” “Do You” and “Make It After All” were followed by covers of Earl King’s “Street Parade” and the aforementioned “Ramble On.” Reynolds played guitar on the Led Zeppelin classic while Matthews took the stage towards the middle of the song sans instrument to add vocals to the set closer.”